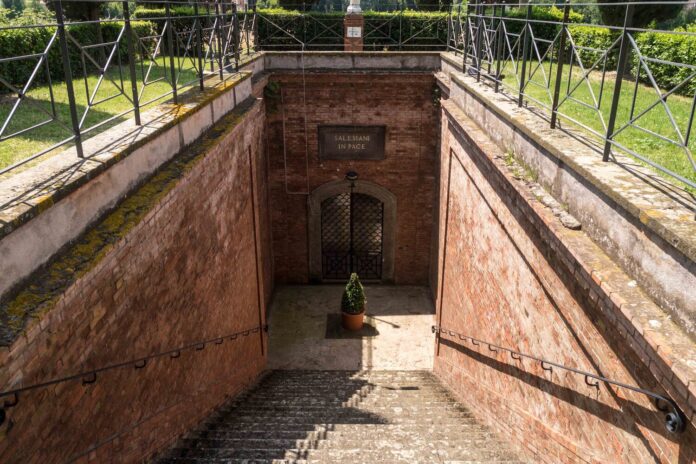 Roman Ghetto was a Jewish ghetto from 1555 close to the River Tiber. The first record of Jews in Rome dates back to 161 BC. The papal bull required the Jews to live in the walled ghetto situated in undesirable quarters of the city with the Tiber river constantly flooding. Around 3,500 Jews lived there under inhuman conditions. They also faced many restrictions, including the prohibition of property ownership or practicing medicine. They had to wear yellow cloth (men) or a yellow veil (women) when they went outside the ghetto. The ghetto walls were torn down in 1888. Because they were isolated for hundreds of years, they developed their own dialect, known as Giudeo-romanesco.

Located below Trevi Fountain in the Trevi district, there is a system of underground labyrinths from the Roman Times, offering an insight into the life, engineering, and ingenuity of ancient Rome. Discovered by chance during the construction of a local cinema in 1999, the so-called Water City or Vicus Caprarius is part of the complex Virgin Aqueduct that supplied potable water to the city, including the Trevi Fountain. During excavation, a treasure trove with over 800 coins was discovered on site.

During its rich and diverse history, Romans were constantly exploring new places to bury their dignitaries. As a result, Rome is full of mausoleums, crypts, and catacombs. Pyramid of Cestius is an ancient pyramid built around 18–12 BC & a tomb for Gaius Cestius, a member of the Epulones religious corporation.

Located in the Trieste district, you can discover a small but unique quarter called Quartiere Coppedè. The district is fascinating because of its mix of architectural styles, from Art Noveau to medieval and Baroque buildings. The quarter is similar to the architecture in Barcelona.

Located along the Appia Antica Park, you will find several of the Roman catacombs, underground burial grounds mostly used for burying Christians and Jews from the 2nd to the 5th century AD. While there are over 60 catacombs in Rome, with over 180 mi. or 300 km of underground passageways, only some of them are open to the public.