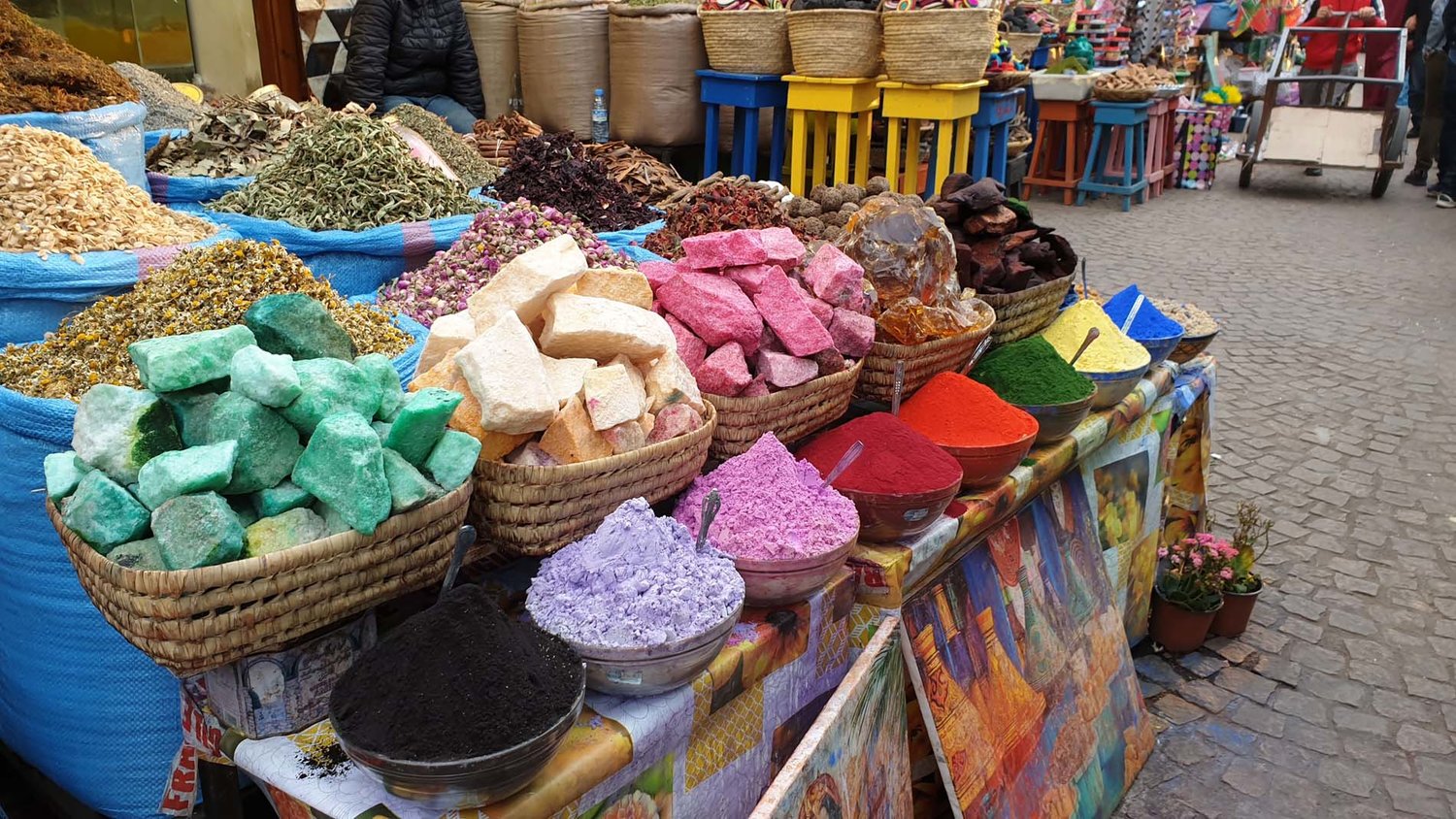 Medina, the old part of Marrakech, offers, amongst other things, a special authentic experience – the souks. A souk is a street marketplace where you can buy all sorts of products, from leather bags, spices, silver and gold products, to more modern items and food.

El Badi Palace is a ruined palace in Marrakech, constructed in the late 16th century by the sultan Ahmad al-Mansur, belonging to the Saadian dynasty. The original palace consisted of over 350 rooms, a large swimming pool, and several gardens, however, most of its former shine is now gone.

Don’t miss the hidden chambers and dungeons below the palace. The rooftop terrace offers amazing views of Marrakech and the bird’s eye view of the palace.

Marrakech is famous for its world-renowned gardens. In fact, gardens are such an important part of it, that Marrakech is also known as the garden city. Gardens symbolize Paradise and are a great escape from the desert-ish atmosphere and busy city streets. You will even find gardens in riads, traditional Moroccan houses, and palaces with interior courtyards.

While you can find countless amazing gardens in Marrakech, the following ones are considered one of the most beautiful and open to the public: Jardin Majorelle, Yves Saint Laurent museum, Menara Gardens, Le Jardin Secret, etc.

Koutoubia Mosque is the largest mosque in Marrakech, located in Medina. Because of its 253 feet (77 m) tall minaret it is very easy to spot and can even help you with orientation around Marrakech. Koutoubia Mosque was built in the 12th century and was an inspiration for other prominent buildings.

Located next to Koutoubia Mosque, you will find the central square of Medina, Jemaa El-fna. Here, you will find an interesting mix of locals and tourists with street vendors selling everything from fresh orange juice to souvenirs. You will also find numerous entertainers such as snake charmers, fortune tellers, etc.

For the ultimate experience, you can go to one of the rooftop bars and order the traditional Moroccan mint tea and soak in the atmosphere.

Morocco is famous for its traditional leather tanning industry. In fact, leather bags, shoes, and other products are common items sold in the souks.

Most tanneries are located in the Northern part of Medina, outside the main tourist areas of Medina. You can experience the process of treating the animal skins to produce leather. But be careful because there are many scams related to visiting the tanneries.

Bahia Palace was built in the 19th century for Si Moussa, grand vizier of the sultan. Unlike the El Badi Place that we mentioned before, Bahia Palace is well preserved.

A great way to travel back in history and experience life in over 150 rooms and an impressive 2-acre garden constructed in the Islamic and Moroccan style.

Following a mass exile of Jews from Spain in the 15th century, Marrakech became a new home for many of them. Over 35,000 resided in Melach, the Jewish quarter, with approximately 40 Synagogues. In 1537, the Jewish cemetery was built just outside the Melach quarter. The cemetery exists to this day.

Hidden for centuries behind the Kasbah Mosque, and now excavated, lies the impressive Saadian Tombs, where over 60 members of the influential Saadi dynasty were buried. Saadi dynasty ruled Morocco in the 16th and 17th century.